LIVE REVIEW: Skid Row and Toseland kick out the jams in Belfast

THE combination of the Beast from the East and Storm Emma meant that the opening night of the Skid Row and Toseland tour in Dublin was postponed meaning the Belfast show on March 3rd became by default the tour début.

With so many shows in the city that night it was a tribute to both bands that they had completely sold out Limelight1.

With the team also judging Metal2TheMasses at the neighbouring venue we didn’t catch the full Toseland set, but what we did showcased the development of the band.

In their early days of the band they struggled to be sure what actually they were. But in 2018 Toseland are a hard rock force to be reckoned with.

‘Life Is Beautiful’ and ‘Renegade’ display how James and his accomplices have grown and now really deliver a solid punch.

Skid Row have always drawn a Belfast crowd, and we would mention some of the shows we saw some time ago we don’t want to give away our ages…

The core of Dave Sabo, Scotti Hill and Rachel Bolan – the three from the late-80s line-up still around – are the heart of the band, and they grinned throughout.

ZP Theart as a frontman is compelling, but it did appear on the first couple of songs that he was finding his feet with Skid Row. However, by the time ‘Sweet Little Sister’ had concluded he seemed to have relaxed into the set.

Of course, many were there for the mega-hits, but it was a varied enough set for hardcore fans.

With ‘Piece of Me’, Big Guns’ and, of course ’18 and Life’ the highlights of the first half of the set the outro to ‘Rattlesnake Shake’ was the cue for Bolan to pay tribute to the audience; pointing out the various band shirts he reminded the Limelight1 that we are all one rock family, and recalled previous shows in the city. Whether he says that everywhere is moot as it appeared genuine and drew an appropriate roar. And, the Ramones ‘Psychotherapy’ was played with venomous fun.

The jam worked around ‘Monkey Business’ was fun enough, but could have been shortened to squeeze in a wee short track – but then we always want more songs.

The mass singalong to ‘I Remember You’ was followed by a defiant version of ‘We Are The Damned’ and, what could be slightly ironic given the average age of the audience, ‘Youth Gone Wild’.

That so many braved chilly weather – some coming from snowbound parts of Northern Ireland – is a tribute to Skid Row’s pull. However, while the show was more of a celebration of the band’s history, one felt that some more of the challenging material from the United World Rebellion albums could have been included.

With the promise of the third chapter of UWR soon to be recorded, next time they come to Belfast – as promised by Bolan – maybe the balance of new and old Skid Row shall be restored. 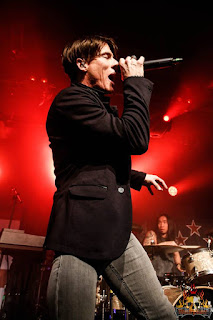 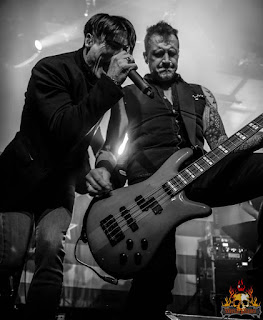 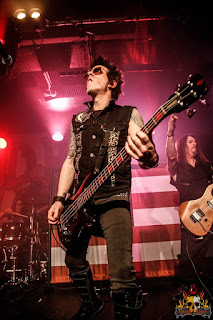 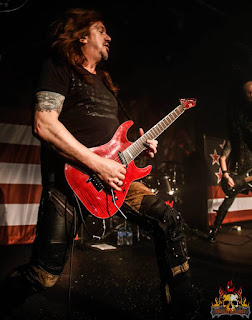 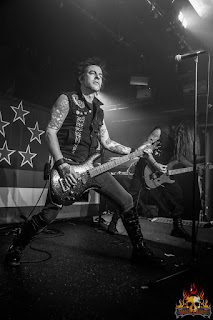 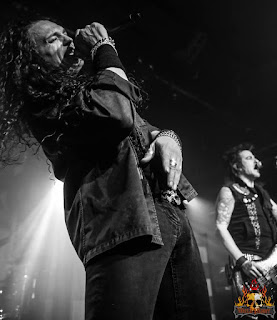