CAN we be clear for a moment – Bloodstock is a metal festival. It is for bands that play metal, who have metal running clear and molten through their veins. It gives a platform for some of the most extreme music, while celebrating the heritage of metal.

Why the rant? Read on…

With every heat of Metal2TheMasses you can see the acts who ‘get it’ You can tell the ones that have either been to Bloodstock – you can even tell the ones who have watched the YouTube and understand why it is one of the most unique festivals across the country.

But some just don’t get it…

One act that do was openers Wintriness, The two-piece like many of their ilk rely on samples for the full all-out aural assault.

However, at times the sampled drums and bass overtook some of the exemplary playing. Indeed the melodic lines from both players screamed for more prominence.

What was apparent is that Wintriness have bucketloads of talent. They need the time to develop the balance between backing tracks and their undoubted talent.

After that…well we do not enjoy slagging any band. Often, we prefer the old “sandwich feedback”, as in here’s what was good, here’s what was bad, and here are some more good points.

But fuck us pink, call us sherbert dip and throw our heads in some sugary mixture, but Cloakroom Q should have never been anywhere a Metal2TheMasses show.

Given the right audience we’re sure that they are a perfectly entertaining band for that audience…but come on, this is Bloodfuckingstock!

A sound that is ‘edgy’ on Scuzz or KerrangTV jut sounds out-of-placed at a Metal2TheMasses. The clue is in the word “metal”. Not alt, not indy, not quirky…it’s METAL!What could have been a post-rock triumphh had all the hallmarks of a band that would go down well at Reading or, may the Lord Baphomet forgive them, Glasto.

In contrast Victim Royal understand what the heats are about. They play the combination of old school metal, noughties grooves delivered with a three lead attack.

Sure, some of it echoed Maiden’s first two albums and invoked some BOMV, but there was some fine melody playing on display. In fact, with a little more harmony vocals and a tad more muscular delivery it could have been a great set.

Did we fancy a dig to the bake, a sucker punch to the ballsack and a kick on the shins? No choice -because that is what Cursed Sun delivered.

Immediately it was clear that that everything that had passed before was not ready for the challenge.

It is a long time since they cast aside their Lamb Of God influences – they have taken that live (and recorded) template, kicked it around the room and stamped a big size fucking nine Norn Iron foot all over that with a resounding “fuck you”.

Vigorous and vile no-one but the near death or tone deaf would have been unmoved by the charisma oozing from the Voodoo stage.

When the votes were cast by judges and audience the results showed the qualifiers to the semi finals were Cursed Sun and Victim Royal. 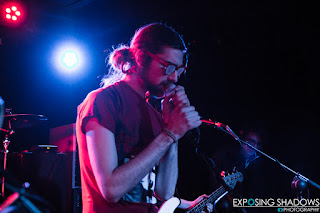 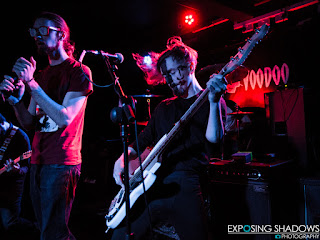 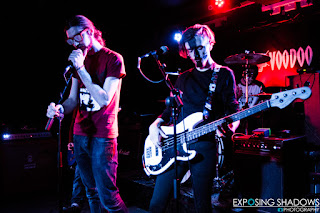 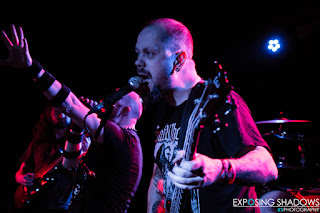 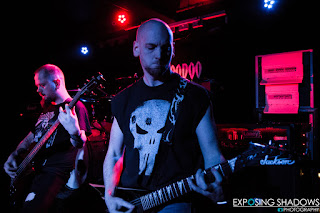 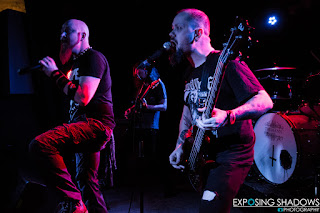 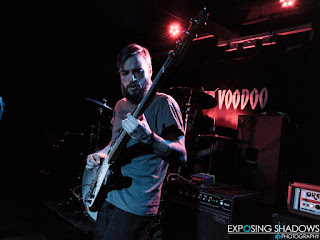 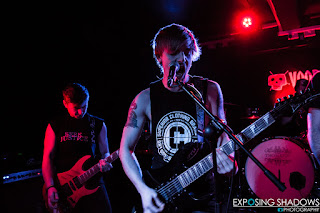 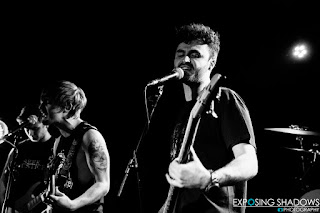 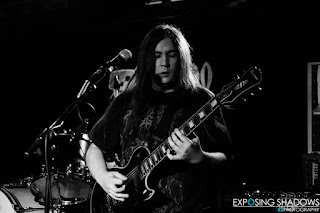 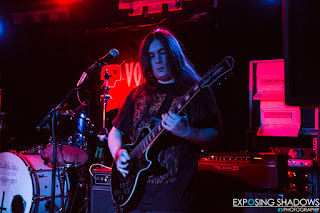 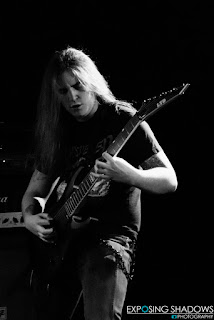